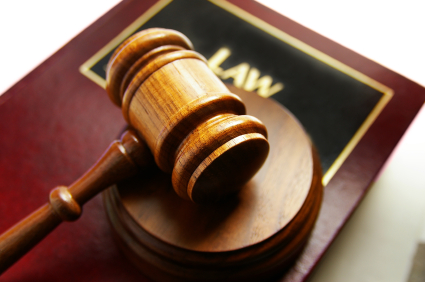 An arbitration agreement is where both parties agree to solve their legal disputes outside of a countries court system,
under the observation of an arbiter of their choice. The main purpose of such an agreement is the referral of disputes,
contractual or non-conctractual, to an unbiased arbiter, with both sides being considered equal before them. Alongside
this, it has been observed where the right to demand arbitration, or rather the right to commence arbitration, has only
been granted to one side of the agreement, thus altering the balance of power. In international arbitration law, such
agreements which allow only one side to request arbitration are referred to as one sided or asymmetrical arbitration
agreements.
The acceptability of such asymmetrical arbitration agreements has been a topic of consideration to the Istanbul Maritime
Specialised Court. According to the arbitration clause in the fourth paragraph of the sixth article of the standard Salvage
and Rescue Contract of the Directorate General of Coastal Safety, in the event of failure during resolution between
parties, the disagreement over the appointment of rescue costs incurred during salvage and rescue services can be
resolved, at the rescuers request, using arbitration in Istanbul. Even if the court refuses on the grounds of their being a
valid arbitration clause between the parties alongside the fact that the topic of the case should be a matter for arbitration,
in light of the appeal from the Eleventh Civil Chamber of the Court of Cassation, it has been stated that arbitration is
merely an exception to the rule that states disputes must be resolved through courts, and has been determined that an
arbitration clause granting only one side the right to demand arbitration would not be valid.
If we were to take a look at examples from different countries, the Bulgarian Supreme Court of Cassation has a ruling on
asymmetrical arbitration, stating ” An arbitration clause in that agreement provided that all disputes that might arise had to
be resolved by the parties amicably and if they failed to do so, the lender might initiate proceedings against the borrowers
before the Court of Arbitration at the Bulgarian Chamber of Commerce and Industry (BCCI) or any other arbitration
institution, or before the Regional Court of Sofia. In this situation, the right of the lender to choose at their own discretion
the dispute solving body before which to exercise its public right to bring a claim falls within the category of “potestative”
rights. Here the right given to the lender through the arbitration clause has been defined as potestative, meaning that it
has been exclusively granted to one side to implement at their own discretion.
To give an example from France, there is a similar arbitration clause most often found in financial transactions. The
French Court of Cassation stated that the clause allowing the case to be brought to the customer home country or to
other authorised courts, but granting Luxembourgish courts exclusivity would be null and void, due to it being an
asymmetrical authority clause. The customer started an appeal against the bank to French courts, and in light of this the
bank objected on the grounds of lack of authority, however French courts ruled that the clause was asymmetrical and
refused the banks objection.