What Do Advocates General Do? 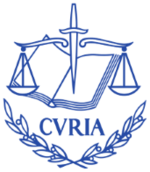 Advocates General play a particularly important role during the final stages of an EU Court case, as they have to give an official opinion on the case before the presiding judge makes a definitive ruling. As judges tend to follow these opinions, interested parties in court cases take their views very seriously indeed

There are currently eight Advocates General: one each for France, the UK, Italy, Germany and Spain and three for the other 22 countries, appointed on a rotating basis. If it is ratified, the Lisbon Treaty would see the total number increase to 11, with Poland obtaining a permanent Advocate General and the number rotating between the other member states increasing to five.