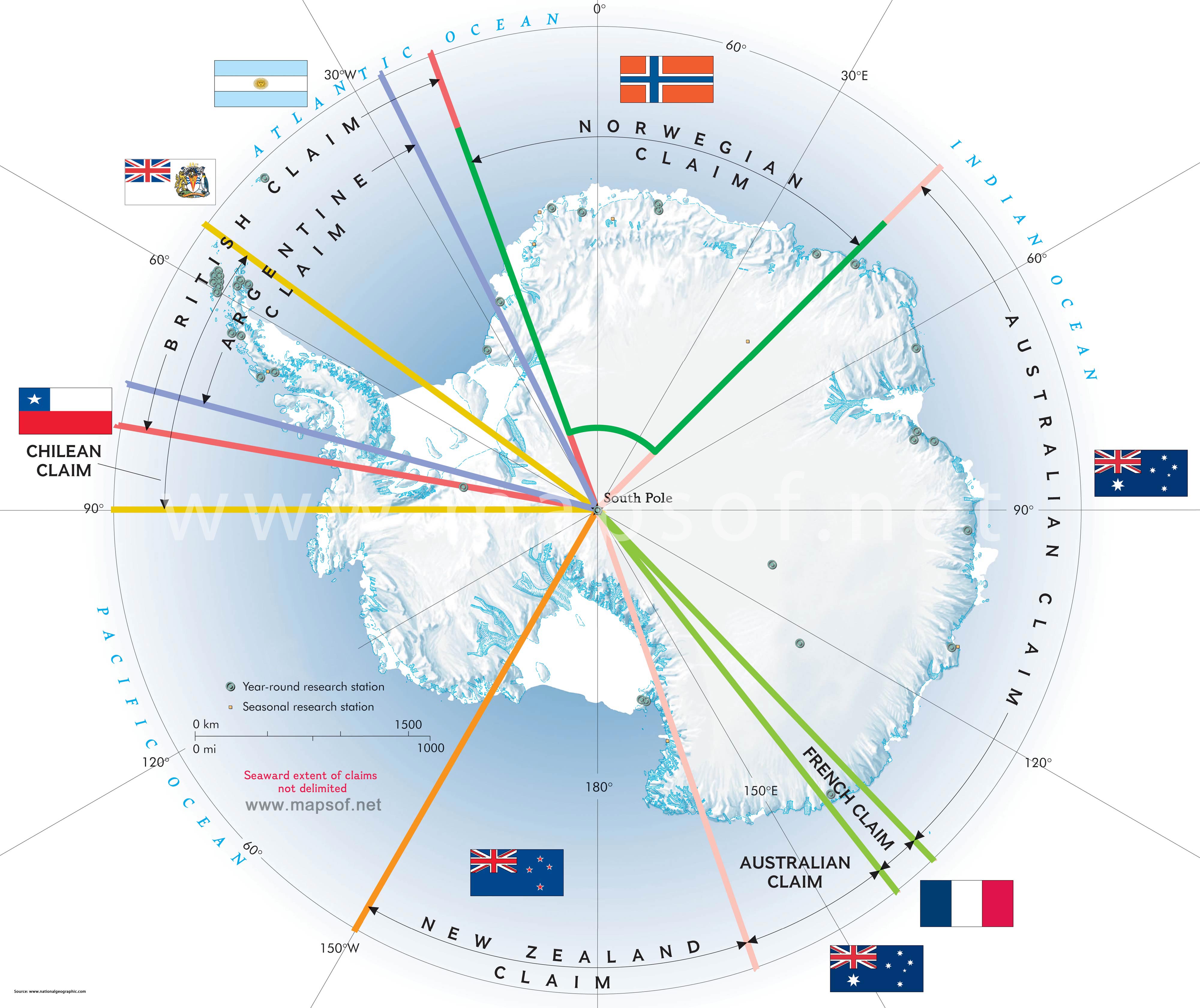 Having around fourteen square kilometers of land, the Antarctic is located in the South Pole of
the World and discovered by a Norwegian explorer, Roald Amundsen in 1911. The continent’s
name has its origins in the Arctic, an appellation of the North Pole, which is located in the exact
opposite point of the world and named after bears (‘Arctic’ for ‘bear’ in Greek) originally. It was
during 1940s that governments began to grow interest in this newly discovered continent and
desired to own lands on it. This period of time can be regarded as an era of race in order to get
more proporties on the Antarctic. For this purpose, the frequency of excursions organised by the
governments who seek to own lands increased day by day. The first seven states that arrived the
continents firstly, (Argentina, Australia, Chile, France, New Zeland, Norway and UK) claimed
right upon Antarctic. In this period of time scientist that were researching this massive ice-
covered area, demonstrated resources in seriuos amounts beneath the fields on the Antarctic.
Legal Status of the Antarctic
As mentioned before, firstly, whole continent was shared between said seven states. But before
long, objections raised among other members of the UN, thus legal status of Antarctic became
subject to a debate. To resolve the dispute several propositions came into question, among them
the proposal of New Zeland, which offered to turn Antarctic into a World Park, was vastly
supported. In this context, efforts that were being made the problem persisted until The Antarctic
Treaty’s ratification in many states in 1959 which set out to come into force two years after,
1961. With this agreement, states prevented the Antarctic to become a military base. Pursuant to
the agreement, the massive area of the continent would be available for using only for scientific
purposes. In time, several agreements followed this treaty which were mainly about the
ecosystem of the continent. Subsequently, this body of agreements formed the Antarctic Treaty
System.
Materials and Resources
Antarctica contains around 90 percent of the world&#39;s glacier ice and despite the fact that the
continent is covered by ice, it also has 90 percent of freshwater on earth as water locked in the
thick ice cap that covers the continent. In 1970s as the whole country was suffering from drought,
Saudi Arabia government held scientific meetings in which projects to transfer fresh water from
Antarctic was debated. The surveys indicate that there are different kinds of metals and
hydrocarbons in the continent such as cobalt, copper, gold, lead, manganese, titanium, uranium
and zinc. And according to an estimate that was purported by scientists from USSR and Japan,
the continent contains some fifty billion barrels of petroleum. The issue of management was not
included in the articles of the Antartic Treaty in the first place. However in the years between
1982 and 1988 several meetings were held regarding this topic and following this negotiations, in
1988 Convention on the Regulation of Antarctic Mineral Resource Activities came into force.
Eventually, even today there are still disputes over the legal status of this relatively new
discovered continent, states’ rights to use its resources and conducting scientific studies on it.