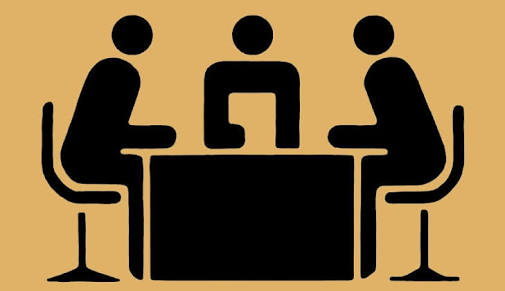 The Place of Arbitration in Legal Education
We would like to thank our valued Assistant Professor İnci Ataman, member of the department of International Private Law in the University of Istanbul for having this enlightening and cheerful conversation with us.
What is arbitration and its history?
First of all, arbitration is a method of alternative dispute resolution. The standard method of dispute resolution is the court system. We finance the courts with our taxes. Whenever we have a dispute with anybody, we normally go through the system. However arbitration is a method of dispute resolution that bypasses the courts.
The solution of the dispute falls not to a court judge, but to someone we call an arbiter. It isn’t possible to use arbitration in every situation. Usually it’s used for commercial disputes. However it is now being recommended in an effort to ease the burden on the courts, for example in labour disputes. It must be noted that arbitration has many differences from a court solution. An arbiter, without the full qualifications of a judge, is appointed by both sides to resolve the dispute. Arbiters do not need to be from a legal background. For example, in a dispute about construction, the arbiter could be a construction engineer or an accountant. Some disputes can be solved with only one arbiter. Some require multiple. The judgement of an arbiter is just as binding as the judgement of a judge. Arbitration and mediation aren’t the same thing. A mediator tries to create a compromise that both sides will accept, while an arbiter can make a ‘real’ decision.

Historically, arbitration is a very old method of resolution. In fact it was once the go-to way. It can also be said that arbitration was a well used option in Islamic history. People used to arbitrate through trusted persons before courts were created. Traders in certain branches of commerce used to use arbitration. As an example, it’s known that diamond merchants resolved their disputes through arbiters well versed in the diamond trade.
What is the place of arbitration in a legal education?
When I was a student we were only given a brief run-through of the topic. There also weren’t any commercial or investment disputes with many foreign elements in the ‘climate’ of Turkey back then. Speaking of foreign elements, the reason why they prefer arbitration I’d because they don’t trust the local courts. In a dispute between a foreigner and a Turkish company, the foreigner wouldn’t want to use a Turkish court. This is because the court might be inclined to protect the interests of its country. In the case of arbitration, the arbiters can be citizens of a neutral country. So as foreign interest increases in the country, arbitration increases also. Some other reasons for increased usage are long and drawn-out court proceedings, and judges who aren’t experts in the field of the case. The popularity of arbitration is actually intertwined with the commercial and investment climate of the country. As relations with foreign nations increase, so does international arbitration.
People seeking arbitration search for arbiters that are able, mature, experienced and trustworthy, so it’s difficult to say that these qualities can ve achieved at a young age. While it is possible, young arbiters are the exception to the rule. It would be better for our young colleagues to be lawyers in arbitration cases. In time they can become arbiters through exposure to the material. Education in arbitration can take a long time after learning the theory. There are so many cases that just cannot be taught through lessons alone. Practice and experience are the only way. It’s a long road to be an arbiter. Our young colleagues should attend and try to become lawyers in arbitration cases. Alternative dispute resolution has now become commonplace, especially in comparison to the past, but that’s mainly because there was no great requirement for it then. I think it wouldn’t be wrong to say that eventually arbitration will also be used in cases that do not have foreign elements in them, because there is a need to reduce the burden on the court system.
What benefits do moot court competitions hold for arbitration?
I think they have numerous benefits. Students can learn how a case begins through them. From the initial application to the appointment of arbiters, they can see it all on paper. Although the 20 minute presentation might be difficult for some, it is most certainly beneficial. A lot of it overlaps with real life, and students learn how to write an arbitration application. These youngsters have a solid knowledge of the subject, and are aware of some of its finer points thanks to these competitions. I definitely think they are useful, and many law firms that specialise in arbitration also view these students in a different light. They have practical know-how in the subject that will help them in the field.
What are the differences in competitions between us and universities abroad?
Firstly, it should be noted that students in the Anglo-American system are older than ours. Secondly, no matter how well we learn English, as they are competing in their mother tongue there is obviously a difference. We can compare the approach of the University of Istanbul not only with foreign universities but with other universities in our country as well. Our students and lectureres voluntarily do this sort of work. However in some universities the topic is given as a lesson, and students are graded on it. If the students aren’t willing then turning it into an elective course won’t be of much use. In addition, from a financial standpoint, although our university tries to support us they cannot cover all of our expenses, and our students do suffer from certain setbacks. But no matter the difficulties, they should consider this an experience. I hope last year’s success will be a good beginning. Other universities will follow in the footsteps of the University of Istanbul.