Lanzarote Convention on the Protection of Children 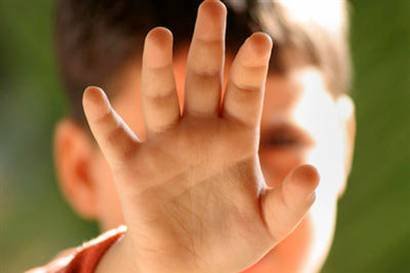 Laws about minors form the basis of child law. Child law is a legal speciality that is focused
on children. Like every other branch of law, it is a set of rules of social behavior that is
recognised and enforced by the state. [1]
Children are the most vulnerable members of the society. Physically, mentally and
economically, children are the weakest and the most dependent humans. They can not resist
physical violence; they are helpless against being exploited for their labor or being sexually
abused.
The function of the law is to protect those who can’t protect themselves rather than those who
can, children are naturally at the top of the list of people that are unable to protect themselves.
Children being specially protected in order to provide justice winthin this context is secured
by the Constitution and international contracts.Turkey has signed many international
documents about this matter. International conventions like 1959 UN Declaration of the
Rights of the Child, 1989 Convention of the Rights of the Child, 1996 European Convention
on the Exercise of Children’s Rights are important documents for Turkish Law as well as The
Council of Europe Convention on Protection of Children Against Sexual Exploitation and
Sexual Abuse aka Lanzarote Convention that was accepted and published in Turkish Official
Gazette on September 10, 2011.
With the main goal and the contents of the Lanzarote Convention summarized in the preface
part of the convention; elements of scope, purpose, preventive measures etc. can be found in
detailed in the convention.
The purpose of the convention is stated in Article 1:
Article 1 – Purposes
1. The purposes of this Convention are to:
a. prevent and combat sexual exploitation and sexual abuse of children;
b. protect the rights of child victims of sexual exploitation and sexual abuse;
c. promote national and international co-operation against sexual exploitation and sexual
abuse of children. It is important to clarify the notions of sexual exploitation and abuse;.
In 1999, the WHO Consultation on Child Abuse Prevention drafted the following definition:
‘‘Child abuse or maltreatment constitutes all forms of physical and/or emotional ill-treatment,
sexual abuse, neglect or negligent treatment or commercial or other exploitation, resulting in
actual or potential harm to the child’s health, survival, development or dignity in the context
of a relationship of responsibility, trust or power.’’ [2] Another definition is: ‘‘Any action that
is actively undertaken against children under the age of 18 and impairs their physical,
emotional, mental and social development is considered psycho-social child abuse.’’ [3]
It is possible to examine the abuse of children by subjecting it to various groupings. ;Child
abuse is examined and broken down in different groups such as physical abuse, emotional

abuse, economical abuse, child neglect and sexual abuse; [4] We are going to focus only on
sexual abuse of children based on this grouping.
Objectifying children and using them in order to fulfill sexual satisfactions is sexual abuse.
Consent being given or not given is irrelevant. Until the child comes out of age and reaches
the age of consent where they can give consent consciously, whether they complain or not,
this kind of action should be seen as sexual abuse. Sexually motivated behavior involves
intentional movements to sexual arousal and its consequences. [5] While researches show in a
high statistic of %65.72 of the children are abused, a larger number of child sexual abuse
cases stay hidden and undiscovered. Sexual abuse of children is a widespread and an
incredibly serious problem. While there are some preventive laws against sexual abuse in both
Turkish Constitution and Turkish Criminal Code, it is desired to carry out various projects in
our country under international agreements. With the acceptance of the Lanzarote Convention
that sees ;high benefit of the child; as main legal principle,
campaign has been started in order to end sexual violence against children.
The Council of Europe Campaign (ONE IN FIVE), uses the available data and this data
shows that ONE in every FIVE child is a victim of sexual violence of any kind. This statistic
is where the campaign gets its name from. In cases of sexual abuse, between %70 and %85 of
the abuse incidents, the perpetrator is someone the child knows and trusts. Sexual violence
against children can take many forms like rape in a family environment, an institution or
another place; sexual exploitation through &quot;child pornography&quot;, prostitution, deception by
using the internet, or sexual attacks from peers.
Lanzarote Convention urges every country that signs it to hold a campaign to instruct children
and families by providing them informaton in order to prevent sexual violence. Every country
that signs the convention should also conduct the parliament and local forces to develop
policy and public service solutions as is written in the convention.
Lanzarote Convention has every measure to prevent violence against children, to strenghten
and protect children and to punish the perpetrator.
This campaign has three main focuses in Turkey:
1) To help making laws in Turkey compatible with Lanzarote Convention and help them to
pass through the legislation
2) To make it easier for the Turkish members of the Council of Europe Congress of Local and
Regional Authorities to join the campaign
3) To equip children, their families/caretakers with knowledge and method about preventing
sexual violence against children and reporting abuse and to raise awareness about this issue.
[6]
Work on the three main points mentioned will considerably reduce child abuse. With this in
mind, it is certain that there is work to be done like starting other campaigns and publicizing
them, spreading the practice of campaigns, and taking steps to prevent and stop sexual abuse
against the child. Also, it isn’t enough to intervene in this area only for the abused individual,
and to support that individual, and rehabilitation studies for the perpetrator of the crime
should also be done.