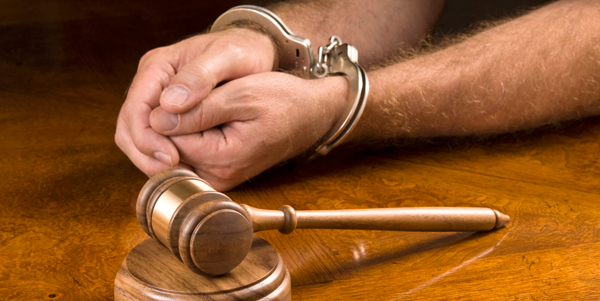 The development of technology in our age and the fact that individuals use them as potential weapons of destruction in this context has resulted in an increase in individual threats against the public. Enemy Criminal Law thesis suggested by German jurist ? Günther Jakobs for the first time is a legal doctrine that is shaped by the state’s need for protection of the right of public order and the right to live against such threats.

The theory, which was put forward by Günther Jakobs in 1985, turned into a popular debate issue especially in terms of after the September 11 attacks. In 2004, the German state embarked on punishment norm regulations grounded on this doctrine. With the increase of individual terrorism and its destructive effects, not only Germany, but also many countries, which are frequently encountered by terrorist acts including Turkey, have begun to make legal regulations referring to this doctrine.

So it would be appropriate to briefly describe the concept of “Enemy Criminal Law”, which is the subject of our writing, and to discuss current normative regulations accordingly.

Jakobs’ most central thesis is the Citizen Criminal Law and the “Enemy Criminal Law” (which should not be confused and disjointed). Perhaps the most fundamental aspect of this distinction is that the German criminal law is lined up to a certain extent. On the one hand, there is criminal law in which the perpetrator’s fault (German Penal Code article 46 paragraph 1 sentence 1) is the basis and reacts to the violation of the rule of the perpetrator by making repressive and primer retrospective evaluations. On the other hand, there is a system of safety measures in Germany that encompasses the most violent state intervention, including liberty-binding measures. Faultiness of the perpetrator for safety measures does not have an importance, what matter is whether it is necessary to take the measure for the prevention of crime only on a going-forward basis. The object of taking this measure is to protect society from the hazards caused by the perpetrator, as the healing of the perpetrator or the restraint of freedom.

“Jakobs sees the purpose of criminal law as continuing the existence of norms that will exemplify people’s behavior. The expectation of the norm of the people is fixed by showing that the person who does not fulfill the expectations of the society and disappoints it, is wrong. In other words, stabilization of the belief in normality is ensured by legal validation.

Positive general prevention is aimed at those who are loyal to the law. In other words, it is principally directed towards those who have not turned their backs on the legal order and are still open for validity at that time. This person is a citizen in the diction of Jakobs. Eventhough it is sembolic, through this person and with the help of the punishment, an interaction (mutual relationship and dialogue) happens and this relation is perceived as perpetrator.

On the other hand, the enemy (eg terrorist) is not included in the scope of the positive general measure. In principle the enemy, the terrorist, is actively opposed to the rule of law and is the rival of regulation. Instead of the citizen who has the rights and authorities and entering the dialogue with the state and that the state has responded with criminal sentence; a person who is dangerous and fought against for this reason, takes place. Above all, actions towards this person should be very effective and he/she must be intercepted in advance as possible. As a result, a danger struggle occurs instead of communication and Enemy Criminal Law originate instead of citizen criminal law.

Which legal criteria will determine the “enemy” within the concept of Jakobs’ civil-enemy criminal law system? Can the existence of a person who is completely opposed to the state and the legal order of the state can be argued?

Those who oppose this separation in teaching do not accept that the individual may be totally alienated from the legal order in which they live and may be totally against it. They argue that this can not comply with the facts of life.

Also, “The famous criminal lawyer Roxin, catches Jakobs theory from the most crucial point. In particular, he discusses the legitimacy of the notion of ‘Criminal Law for Enemies’, and expresses that it is against the law and that an anti-liberal criminal procedure has been approved. (Roxin, StrafrechtAllgemeinterTeil, Band I, 4. Aufl. 2006, s. 56. )“

“When we look at the debate to explain the purpose of the sentence today, It is widely believed that the main purpose of the sentence is not to see the perpetrator getting his comeuppance for his crime, as Kant claims, but rather to protect the values in the social life and therefore to prevent crime. (Schünemann, FS Nehm 2006, 219, 224 vd.; Kindhäuser, FS Schroeder 2006, 81, 84 vd. )”

Starting with the September 11 attacks in the United States and terrorist acts targeting all-out slaughter in Europe, all the mentioned countries have begun to make actual restrictions besides strict and liberal normative acts.

In the face of these emerging threats, the main problem is that the authorities given to the prosecution and law enforcers in the context of “Criminal Law for Enemies” are at risk of turning into “police state” implementations and thus strengthen the possibility of harming public security rather than protecting it. Within the authorities granted to law enforcement officers, certain opposition groups can be targeted, resulting in the formation of an alienation or differentiation in the society, and the harm of social peace, can be regarded as a weakness of this thesis. In my opinion, it is not easy to make general and abstract normative regulations that could draw a line between enemies and citizens. Clearly, legislating based on “Criminal Law for Enemies” is difficult without harming the concept of universal human rights.

Apparently, Jakobs’ “Criminal Law for Enemies” theology will continue to be discussed in the face of increased terrorist incidents.