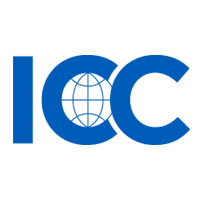 In this century where transportation, communication and technology are increasingly developing, international trading is also getting quite important and booming. Individuals’ commercial activities are causing incompatibility due to their openness to improvements, because of their dynamic construct and lack, in terms of distance. The fact that people in international trade are citizens of other countries brings the question of how to resolve a possible dispute. Arbitration is a system, where arbitrators dismiss legal dispute which happened or may happen between parties instead of litigation, only if it is allowed by the law. Therefore, arbitration also provides for parties to dispose a case through arbitrators or panel of arbitrators or or other solutions. The increased numbers in preference of arbitration, especially in recent years, cause of several reasons namely, cases are seen by the experts of those areas, arbitration is faster in comparison with judicial process and further more, it also is a lot cheaper when it comes to long-standing lawsuits, lastly, the arbitrators can be designated/stated by the parties according to the elections.

In any case of a conflict during the application of the clauses of international trade contracts, compromise is a way to resolve the conflict. Therefore, ICC regulated the ”rules of conciliation’’ as a solution.

An Overview on the Organs and Their Working Process.

Paris centered Court Secretariat of ICC starts the procedure of participating the case and also conducts cases in different languages.

After claimant admits the complaint to CS, within 30 days CS serves the document to the respondent for his response. Application includes implementations such as features of brief, conditions of application, service fee etc.

After the selection of the arbitrator, arbitrational tribunal completes the case by examining the basis of the conflict with documents and hearings. As a rule, term of litigation starts 6 months after the signing of the incumbency certificate, but in case of a need, Council can extend the period. Finally, the Council examines the draft resolution, and may propose an alteration but in principle, they can not intervene the arbitral tribunal’s decision. After the decision is approved by the Council, the decision is later signed by the arbitrators and sent to the Secretariat. The proceedings are concluded aft the decision of the Secretariat to the parties.

Conclude the Decisions in the Countries of Parties: Recognition and Enforcement System

Countries must be parties of an international contractconvention in relation with the matter or have domestic legal ordersarrangements in order to be bind by the decisions of foreign arbitrators ruled on. Recognition and enforcement is actualized by a case opened for recognition and implementation of the decisions of foreign arbitrators in a reasonable time in accordance with the purpose of arbitration. Enforceability of the arbitral awards shows the difference between recognition and enforcement.

The contract convention which many countries are a party and the most approved convention for the execution of arbitral awards is New York Convention dated 10th June 1958. (The contract for recognition and execution of foreign arbitrators’ decisions)  New York       Convention, with 143 parties includesing Turkey, also regulates the documents and obligations about recognition and execution besides the general regulations on the about recognition and enforcement of the decisions of arbitrators and arbitration agreements. The main objective is to solve international conflicts with arbitration and prepare the legal basis for it. Terms about creating arbitration, implementing arbitrator’s decisions, recognition and enforcement are organized in the regulated by the contract. Courts can exceptionally refer to their domestic law in case of unsuitability on arbitration. In addition to this, it is regulated on the 11th article that all countries can be a party of this contractconvention. Turkey has approved the convention with The Statute on the Approval of the New York Convention on Recognition and Execution of Foreign Referees’ Decisions.

Rules about recognition and enforcement of arbitral awards are regulated by the International Private and Procedure Law in Turkish Law System (IPPL). The rules about recognition and enforcement of arbitral awards regulated by IPPL are included in the ‘Second Section’. The rules, which are regulated between articles 50 and 63, are prepared in the same direction with New York Convention. Eventhough there are some discussions about applicability, implementing the rules of IPPL in the context of recognition and enforcement to disputes with the countries which isare not a party of New York Convention is generally accepted. Besides, there are other regulations about arbitration in Turkish Law.  ‘The Statute on the Principles to be Observed in the Case of the Application for the Arbitration in Disputes Arising from the Concession Arrangements and Contracts Related to the Public Services and ‘Law of Civil Procedure’ have brought arrangements to arbitration area.

As a conclusion, the barrier in front of the world trade is being destroyed with the technological advancements in this century and indistinction of the commercial border between countries and the limitations are expanding. This is a natural consequence of the global production invested mutually.

In time, traditional diplomacy started to become an obstacle in front of the global trade.  To find a way around this situation and not to base the free trade relations to the bureaucracy of national judiciary system, which is old, non-functional, subjective and the variable between the regions arbitration becomes a part of the activity. Therefore, in order to find a quick and reliable solution to the disputes it is necessary for arbitration to be effective and bear legally binding consequences. The competent authority must provide this assurance.  The conventions such as the Arbitration Rules of ICC or the New York Convention, which are not attached to national legal systems, get quick and impartial results and have been adopted  by lots of countries for this reason.